Filling Our Nest is a personal photography project that aims to give a voice to couples who have experienced infertility and miscarriage. The purpose of the project is to both give a group of incredible couples the opportunity to share their experiences and have their strength and bravery recognised, but also to hopefully encourage others in this situation. The project will include couples at different stages of growing their family. This project comes from a very personal place and a frustration that something so painful is not openly discussed as it should be. Let’s change that. If you are impacted by any of the content that you see in this post, then please do share in on your social media. If you are interested in taking part in this project, I plan for it to be an ongoing thing. Please do email me at laurarhianphotography@gmail.com. 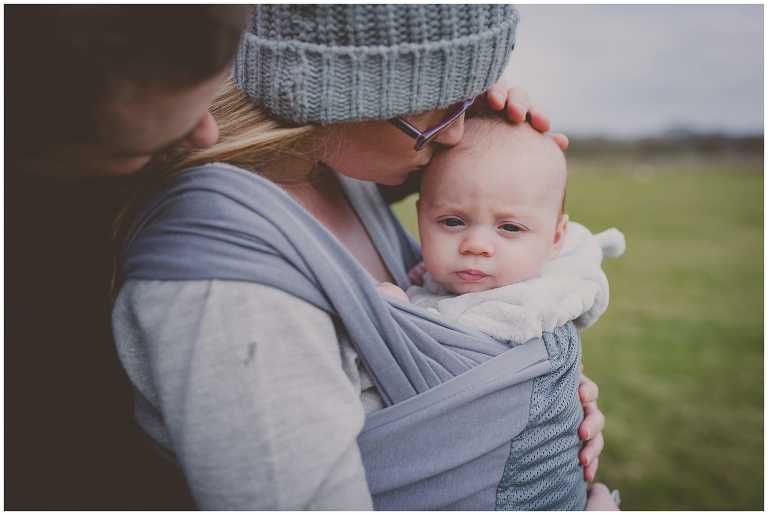 We are now a family of 3. Something I wondered if I’d ever be lucky enough to say. My husband and I have been together for 13 years, married for 5 in August and parents since November. Freddie George Bailey is our absolute world. I feel incredibly lucky and so grateful. We are living our best life.

On our first wedding anniversary we made the decision that it was time to actively try for a family. Naively I thought we’d be pregnant within 6 months. I had this lovely dream that we would surprise my family and tell them I was pregnant at Christmas, which was 4 months away. But the reality was that Christmas came and passed and my monthly cycles hadn’t even returned since coming off contraception.

After 6 months of waiting with increasing pains and worry, I started to ask for tests. It took numerous doctors visits for anyone to take me seriously, but eventually they decided to start checking. After internal and external scans, endless blood tests and check ups, I was diagnosed with polycystic ovaries, something that being on the pill for so many years had potentially masked. Although my cycles had now returned, they were extremely irregular and unpredictable.

At this point we were referred to the hospital as we’d reached the trying for a year milestone. What followed was a number of tests: sperm samples. a HSG (with suspected blocked tubes), which led to a 6 month wait for a laparoscopy and so many blood tests. During this time we also experiences two chemical pregnancies, which is the term used for a miscarriage that happens before 5 weeks. Each time we tested positive, we had the faintest of hope before having it snatched away. Fortunately the test revealed that my tubes were clear so we then were prescribed Clomid (6 months of hormone treatment designed to force ovulation). Not only did it fail to make me ovulate, it also make me extremely emotional and at times I felt unstable and irrational. It was like being on a rollercoaster each month from the excitement of starting another month of treatment, the tears and mood swings as the drug played with my emotions and then the crash as we came to realise that it was another failed month. Each month that went by seemed to get harder and that feeling of questioning whether you will ever get to be a parent and blaming yourself for being “broken” is one I will never forget. My husband proved his worth a million times over at this stage just by putting up with me. For me this was the hardest part of our journey. I felt so helpless and out of control of my own body.

After 2 and a half years of trying, we were eventually referred for IVF and at this point I finally began to see a light at the end of the tunnel. For me, IVF was a turning point. It felt like we were actively doing something to aid our journey. Yes it was still full of anxiety and what ifs, but there was so much more excitement this time. It really felt like we were in with a chance.

We had one NHS funded round of IVF that started in January 2017. I began daily injections to shut down my reproductive system initially. Thankfully my body responded well and we then moved onto stims (2 daily injections with the second stimulating my ovaries into producing lots of follicles). Again my body played ball and I produced lots of follicles. By the end my ovaries were so enlarged that they met in the middle!

By the end of February we took the trigger injection and handed ourselves over to the marvel of science. On the day of egg collection, they retrieved 23 eggs. At that point the nervous wait began. In the following week, we waited anxiously for the phone calls: 18 useable eggs, 9 of which fertilised, all 9 were going strong. On the 1st March we went to the clinic to have an embryo transferred back in. Three good quality embryos had made it. Two were frozen and one was put back in.

It was a magical moment watching the screen as we saw our little embryo (affectionately nicknamed sparkle) transferred back to us and we left the clinic with the biggest spring in our step, knowing we’d done everything we could. For the next 2 weeks time seemed to stop. Every day got longer waiting for the right time to test and see if our little sparkle had stuck around.

I caved on day 8 and tested by myself. I couldn’t stand seeing the disappointment on Darren’s face if it hadn’t worked. I knew I had to see for myself first.

When the faint line appeared, I didn’t dare believe it. I wanted to but surely after all this time, we couldn’t be lucky enough for it to work straight away. I broke the news to my husband the next day and I’ve never seen excitement like it. We tested every day and with every darkening line we began to finally believe it could be happening. When we had our first scan at 7 weeks and 5 days, we chose to let go of as much fear as we could. Holding hands whilst we listened to our baby’s heartbeat for the first time is a moment that I will never forget. It just got better and better. I was lucky enough to have a smooth, extremely enjoyable pregnancy and was blessed with the arrival of a baby boy in November. He was worth it all! 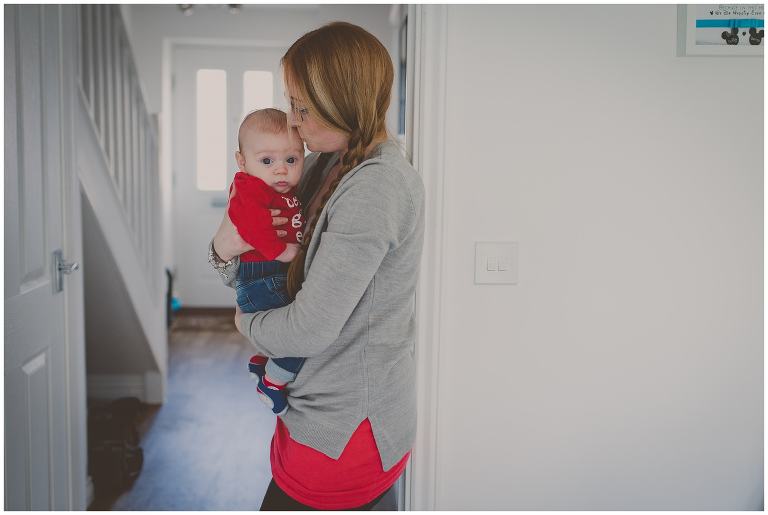 For me personally, firstly it made me realise how important being a parent was to me. It made me realise who my true friends are and it made me realise I had more strength than I had ever given myself credit for. Infertility was my toughest challenge. I’ve always worked hard to achieve my goals but this wasn’t like that. So much of infertility seemed to be based around luck, which was something my inner control freak found difficult to comprehend. It taught me to relax a little bit more. To try and enjoy the journey rather than always focusing on the destination.

Saying that, it wouldn’t have been possible without my husband. He was my rock during all of this. We became a closer, unbreakable team and I never felt alone in the fight to beat infertility.

The waiting was hard so we tried to focus on other things…we bought our first house, went on honeymoon, stayed fit and healthy, took breaks but all the time we felt a piece of the puzzle was missing. Infertility is so hard to explain because it’s like grieving for something you don’t actually have. Grieving for a dream.

Having a baby brings its own challenges and it can be hard to make the same time for your relationship when a new tiny person dominates your world. But I wouldn’t change a thing. We are now a strong team of 3 and even on the sleep deprived, difficult days with a baby, I count every single one of my blessings. 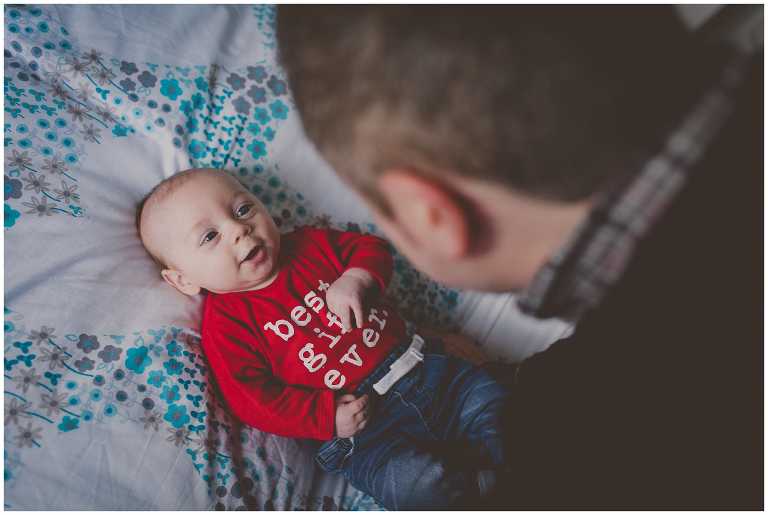 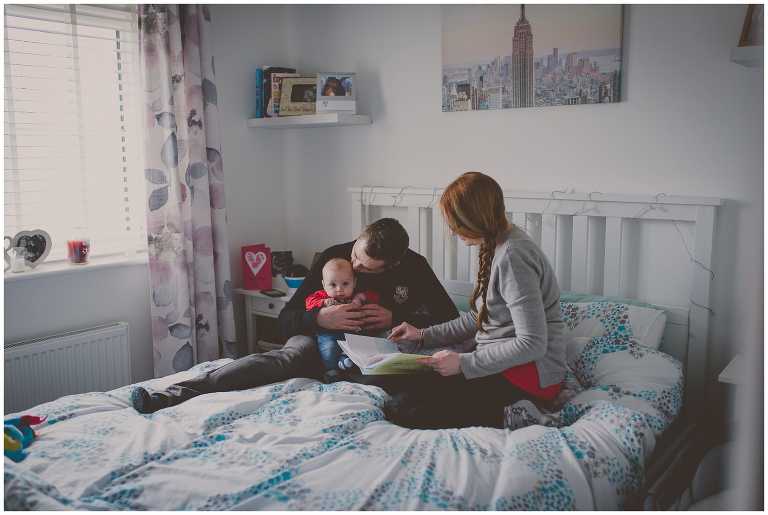 >> Is There Anything That You Did That You Found Was Helpful To Deal With Your Situation? <<

We faced it as a team. My husband came with me to every appointment, holding my hand and offering support and reassurance.

I tried to make time to relax. I’ve always been a busy, on the go person and during IVF I built in some more down time. I had reflexology sessions to force me to stop and switch off and after injections in the evening, I took more time for me.

We also talked a lot. From the beginning, we both discussed our hopes, dreams and fears. This meant that we understood each other. It wasn’t always easy but we were working for the same goal.

We built up an amazing support system. Our closest family and friends knew but actually we got most of our support from Instagram. I had a different account to document the IVF journey and in doing so, I met an amazing support system of women going through the same thing. Some of these girls have become some of my best friends and we meet as regularly as we can. I think being able to discuss the journey with those also facing infertility, helps you to realise that you’re not alone and there are so many inspirational people willing to cheer you on. The infertility community on instagram is the kindest, most supportive and reassuring place and I was overwhelmed by the difference they made.

Do what’s right for you as a couple. For some it’s IVF, for some adoption, for some concentrating on a life without children. But whatever you decide, trust in your decisions and value your relationship. Seek support. Whoever you decide to talk to, it’s helpful to have an outlet. Remember you’re not alone. 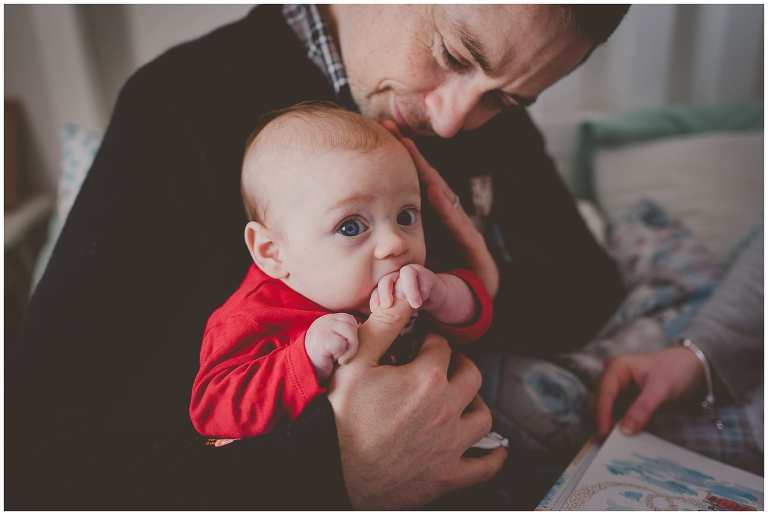 >> Was There Anything That Happened That Was Particularly Unhelpful? <<

We got a lot of the general “helpful” comments. People mean well but being told to ‘relax and it will happen’ or ‘you’ll have a baby when the time is right’ are difficult to hear when you’re in the middle of infertility.

I feel lucky that we faced this when it started to become more widely talked about in the media. It made me more aware of what a common problem it is. 1 in 8 couples face infertility and once the discussion starts, you’d be surprised how many people you know are carrying a burden of some sort. 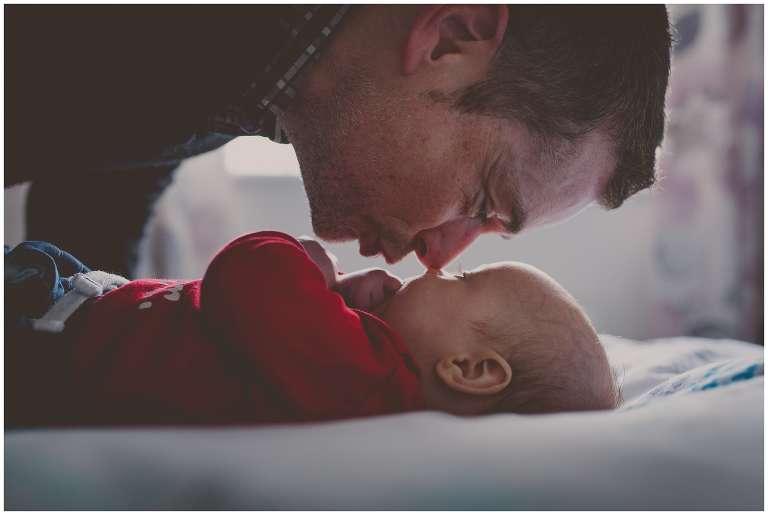 >> Is There Any Advice That You Can Give To Couples Facing The Same Challenges? <<

Infertility is something I’d never imagined we would face. It never ever crossed my mind, but now as I write this with my baby boy asleep on my chest, I know that it happened to us because we were waiting for him. He was the perfect child for us and without everything we’ve been through, we wouldn’t be the parents we are to him right now.

It is a tough battle and we were exceptionally lucky to have our wishes come true so I know that it easy for me to say, but even in the darkest of situations, search for the glimmer of hope and hold onto it tightly. 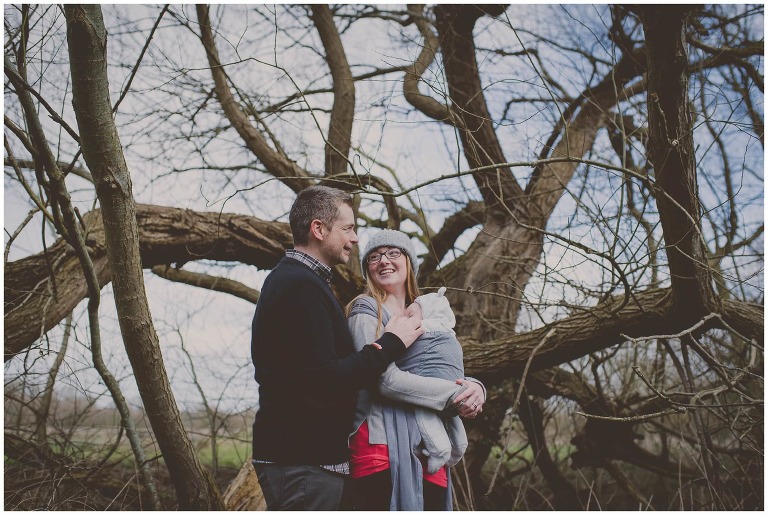 To view more of my work:

If you are looking for a wedding photographer who loves shooting for relaxed couples and who might make you laugh so hard that you snort, then I would love to hear from you.

You can also check out more of my work here: Portfolio

I also have some helpful wedding planning blog posts for you to have a look through here.